Jon Dibben Brings an Alternative Edge to the F&L Community

Jon Dibben is one of the newest members of the F&L community. Looking for a ring inspired by the natural world? Jon Dibben could be your man.

Jon Dibben is has recently been welcomed into the engagement ring designer community that is F&L Designer Guides. He joins the eclectic collection of bespoke designers that is helping to bring independent jewellery and one-off, unique pieces to the public of London. Jon Dibben’s attention to detail and almost obsessive need for perfection in every piece he designs caught the attention of F&L, who love the way he creates his jewellery with an effortless skill and a talent that stands out in the bespoke jewellery world.

L, from F&L was particularly fascinated by Jon Dibben’s background and the source of his inspiration. Two years living as a naturist on the Greek island of Naxos gave the artist time to express his creativity and, using the natural resources around him, he created simple jewellery out of shells and beads and worked with an affinity to the natural world that inspired him. Time and patience are the backbone of Jon Dibben’s artistic philosophy and it was his time in Naxos that helped him recognise their importance. Today his jewellery is created with as much time and patience, combined with meticulous skill and commitment.

Bespoke commissions are Jon Dibben’s forte and his engagement rings are created with attention to detail using quality metals and gemstones that bring his clients’ jewellery visions to life. F, from F&L believes that it is Jon’s ability to harmonise every element of a ring, from setting to stone and shank to shape that evokes the idea that the ring grows its design, with each part evolving together as one entity. It is true that his rings in particular boast lines and details that flow and caress each other as if they had always been as one.

Jon’s relationship with the natural world that has enthused and inspired him was cemented when he became one of the first twenty designers to gain a licence to use the world’s first certified Fairtrade and Fairmined gold and platinum. His debut design gained him recognition from the British Jeweller’s Association who displayed it in their Anniversary Exhibition in 2011.

From his studio in Surrey, in Jon Dibben’s family run workshop his pieces are handcrafted by a small team of goldsmiths who work closely with the artist. Why not pay him a visit and see what Jon could design for you? 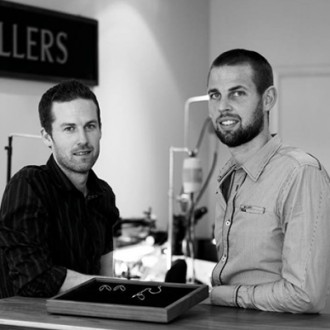 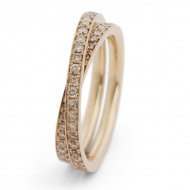 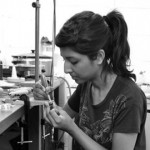 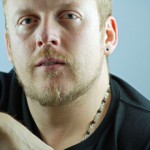 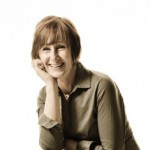